Research into a blood test to detect breast cancer at a much earlier stage, potentially saving countless lives

The Appeal is co-funding ground-breaking research, at the University of Nottingham, into the development of a blood test to detect breast cancer at an earlier stage.

Scientists at the University of Nottingham are aiming to develop a blood test that could detect cancer YEARS earlier than present - in some cases even before the cancer has developed - helping save the lives of women around the world.

If successful, the blood test - similar technology is currently at the clinical trial stage in Scotland for lung cancer - it could replace mammograms in the diagnosis of cancer.

Detecting the cancer at such an early stage could allow some patients to be given inhibitor drugs, which could mean the cancer may never even develop.

The same science could also go on to help people with other forms of cancer, such as diseases of the colon, liver and pancreas.

We would see better outcomes, less aggressive treatments and increased survival rates. It would be more cost-effective and we wouldn't need as many drugs for as many patients.

How the science works

The blood tests work by identifying the body’s earliest immune response to the presence of the cancer. The University of Nottingham team are currently developing tests for use in detecting breast cancer as well as colon cancer.

In time, the technology could then be applied to other solid cancers, such as hepatocellular, pancreatic and prostate cancer.

By finding cancer earlier, more people will have a greater chance of survival. Patients can be offered curative treatment BEFORE cancer progresses to later and most often incurable stages.

The first blood test developed by Professor Robertson was for early detection of lung cancer.

The Early Cancer Detection Test – Lung Cancer Scotland Study (ECLS) is the largest current blood based early cancer detection study ongoing in the UK in which 12,000 individuals at high risk (ie smokers and ex-smokers) were randomised to have the EarlyCDT-Lung© test or not. 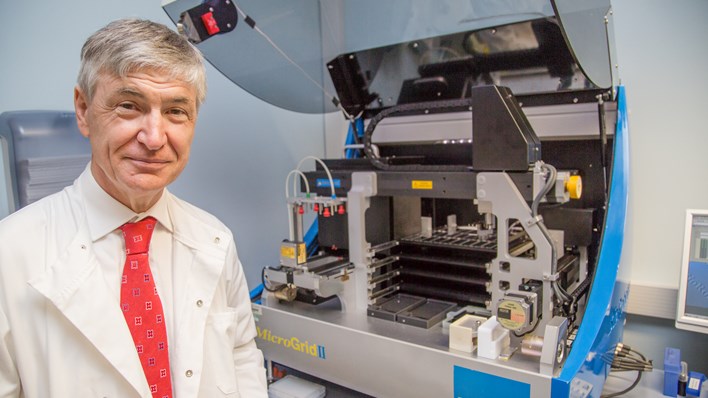 This year will see the initial results of the ECLS study which should confirm the previous studies that the test can detect the earliest stages of lung cancer. It will also outline the overall health-economic benefits of the test, such as improved outcomes and cost-effectiveness.

The ECLS study is being run in the NHS in Scotland; Professor Robertson and three other senior researchers at the University of Nottingham are Co-Investigators of that study.

The first draft of the study protocol was written in 2012 and the initial results in 2019 are awaited with huge interest.

In the meantime, the researchers in Nottingham have been publishing on other aspects of the ECLS study such as how taking the EarlyCDT-Lung test affects smoking behaviour as well as detection of a lung nodule on a subsequent body scan.

The University of Nottingham researchers were also co-authors on an important publication showing that if a lung nodule is found on a CT body scan, then the EarlyCDT-Lung test provided new and addition information as to how likely the nodule is to be malignant, which has obvious clinical benefits. 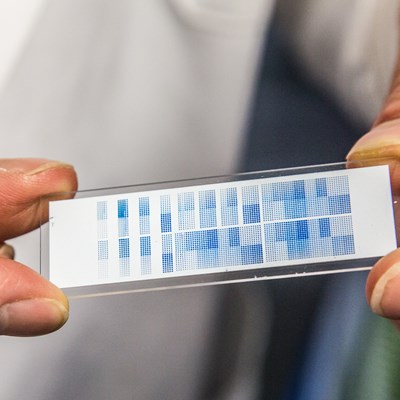 Other ways to get involved

There are many ways to support the Jane Tomlinson Appeal. Here you can find out more about fundraising and how your support could continue to help us fund research into a blood test for the early detection of breast cancer.

What your donation could provide

Your donation will continue our work in helping to improve the lives of people living with cancer. However much you choose to donate, learn about the difference it could make to research into a blood test for the early detection of breast cancer.